The Inca Trail is one of the most famous adventures in Peru. To carry out this 4-day trek to Machu Picchu, it is necessary to plan in detail every detail of the trip. The first and most important thing is to buy the tour online 6 or 7 months in advance. Then it is necessary to take into account the language, the type of currency, the weather and certain additional expenses. In the end, it only remains to enjoy the beauty of this route, one of the best in the world.

When planning this incredible route to Machu Picchu, the first step is to buy the tour online with an approximate anticipation of 6 or 7 months before. Therefore, it is best to check the availability of the Inca Trail .

Unlike other hiking trails in Peru, the Inca Trail can only be done through a tourism agency. This route is protected by the Peruvian State so no one who does not get a permit can travel it. Tourism agencies are in charge of obtaining permission for visitors.

There are two different types of Inca Trail: the classic route of 4 days and the short route of only 2 days . The first must be purchased online 6 or 7 months in advance. The second, just a few days or weeks in advance, either online or in person during the trip to Cusco.

Once you have purchased the tour to the Inca Trail, whether it is the classic or short version, you can just start planning the trip to Cusco, Peru.

The trip to Peru

Peru is located on the Pacific coast of South America . The country of the Incas has an international airport in the city of Lima, its capital. From there you must take a short flight (approximately 1 hour) to the city of Cusco.

Almost all citizens of the world can enter Peruvian territory with their passport or identity document. Only a few countries in Europe, America, Asia and Africa require a Visa to enter Peru.

As in any trip to Cusco, it is advisable to buy plane tickets in advance. So you can get cheaper prices .

The date of your trip must be in relation to the day of the start of the Inca Trail. It is best to arrive two or three days before. This way you will be able to acclimatize to the Andean geography of Cusco. This will help you with your physical performance along the way.

Peru has a very diverse linguistic map. The law of that country affirms that Spanish is an official language and, in regions where they predominate, native languages ​​such as Quechua, Aymara and the 44 Amazonian languages ​​registered to date are official.

In Cusco, the capital city of the Inca empire, the most widely spoken language is Spanish . However, a large part of its population is bilingual as it dominates Spanish as well as Quechua, a language inherited from their Inca ancestors.

However, during the Inca Trail, the visitor will be accompanied by a tour guide specialized in different foreign languages, especially English. Another language widely used in the tourism sector is Portuguese and French.

To request the Inca Trail in other languages, it is best to buy a tour in private service . So you can request an Inca Trail with guidance in German, Italian, Russian or another type of foreign language.

Most spoken languages ​​of Peru

The type of currency

Peru has its own type of currency called the ‘Peruvian sol’ (S /.). Its value on the international market is approximately one third of a US dollar. This type of currency is accepted in all businesses in the country.

During the trip to Cusco as well as the Inca Trail, the tourist can carry out commercial transactions with the Peruvian sun. However, many trading posts also accept money from foreign countries, mainly the US dollar and the euro. Some stalls also accept credit or debit card payments.

Approximate prices of the trip to Cusco in Peru 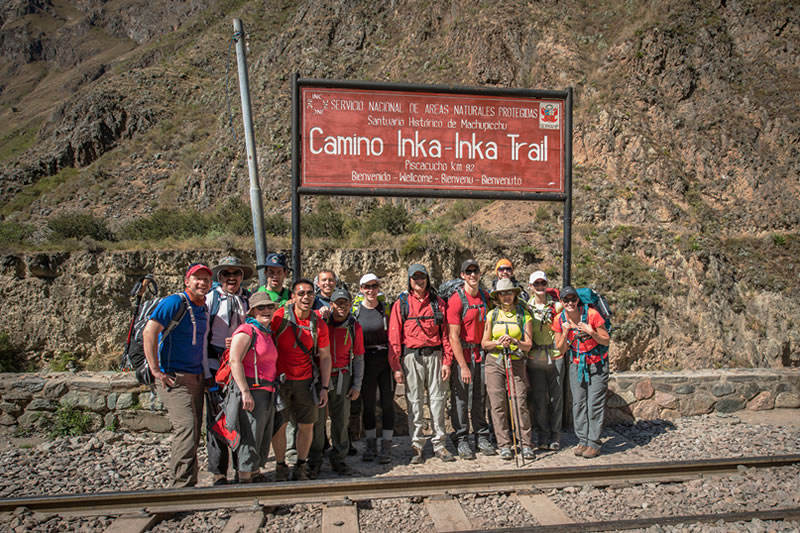 The weather in Cusco and the Inca Trail

The city of Cusco has a cold temperate climate . In this city, the tour to the Inca Trail begins with the visitor’s pick-up at the door of their hotel. Due to its mountainous geography at 3,400 meters above sea level, the temperature there can reach 22ºC. (in the day) and drop to 2ºC. (at night).

As the hike begins, and the mountains rise and fall, the climate changes. The first day of the Inca Trail the weather is cold, especially at night with temperatures of 4ºC. The second day the ascent continues and the cold also increases. During the day the heat is only 8ºC. while at night it can drop to 0ºC.

The third day begins the descent through the jungle of Cusco. Temperatures reach 18ºC during the day. and at night 10ºC. Finally, on the fourth day, the route culminates in Machu Picchu, which has a maximum temperature of 22ºC. and a minimum of 8ºC.

For all the above it is concluded that the Inca Trail has a varied climate . On this route, as in all of Cusco, there are two main stations. From May to October is the so-called dry season (with little rain). Instead, from November to March is the so-called rainy season. These are more intense in February, so the route remains closed in that month .

The weather during the Inca Trail

Festivities and traditions of Cusco

Cusco is the setting where the Inca Trail takes place. This region of Peru is full of festivals and traditions, many of them of Inca origin. If you plan to do this walk, you should choose a good date where, in addition to the adventure, you will get to know the culture of the Cusco people.

Some of the most important festivities in Cusco take place in June . In the first place, at the beginning of May (or at the end of June, since the date varies), Corpus Christi is held, a religious festival that appears to be Christian but has an Inca background. The most striking thing about this festival is the procession of 15 saints and virgins from all over the city.

Also in June, the famous Qoyllur Rit’i pilgrimage is celebrated (with more than ten thousand faithful on pilgrimage to the immense snow-capped Ausangate). The festival in honor of this image is characterized by dances and music at an altitude of more than 5,000 meters.

Another of the most important dates in Cusco is during the ‘Fiesta de la Virgen del Carmen de Paucartambo’ in July. This festival is characterized by the multitudinous dances and music with fervent displays of joy. Also noteworthy are the Cusco carnivals (in February), which are celebrated with dances, music and games with water and talcum powder. Dare to know more of Cusco during the adventure of the Inca Trail!

The weather during the Inca Trail

Interested in the Inca Trail? Know more about Routes!