Torrent Duck on the Inca Trail

As its name suggests, this duck inhabits fast-flowing streams in the Andes Mountains. Its most notable feature is that they rest on the rocks. It is able to swim against the current with apparent ease. On the Inca Trail to Machu Picchu it is possible to see it in the torrents of the Vilcanota River. It is one of the most characteristic species of this hiking route.

The Duck of Machu Picchu 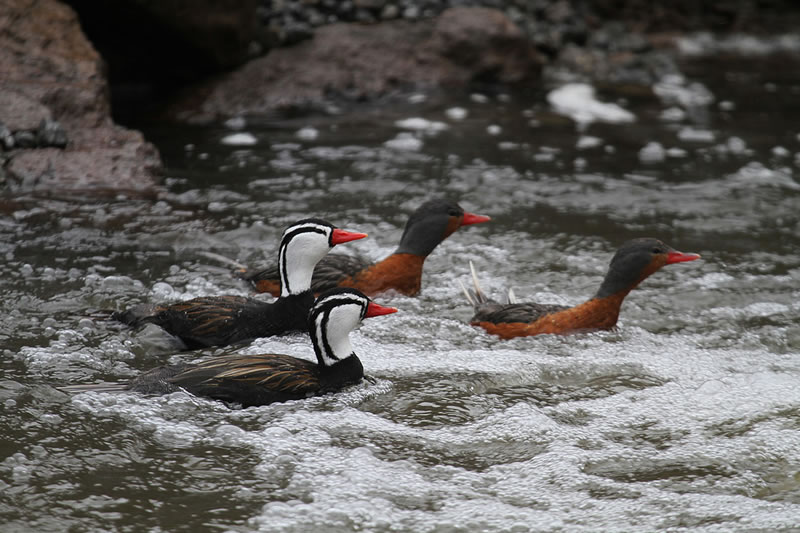